Clients frequently ask what they will see on a tour, so we have categorized the possible animal sightings and behaviors by “seasons” or months.

However, we’ll ALWAYS have the opportunity to view our American icon, the majestic Bison. 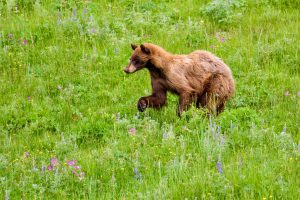 May and June is Baby Season for the Ungulates!

July and August delights us with the BISON RUT (Mating Season) when the Bulls Drool, Bellow and Charge!

Wolves Begin to “Rendezvous” with Their Pups

Most of the same wildlife with the exception of the hibernating rodents and migratory birds.

Bears go into their hyperphagic state prior to “denning” for the winter months.

Moose come down from the higher elevations, the Canines are active and Bugling Elk indicate that most of the Ungulates are in their mating seasons. 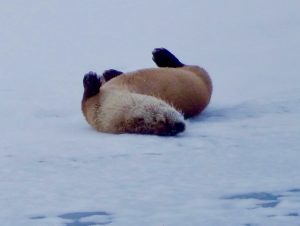 Mountain Lions, Canada Lynx and Bobcats are very elusive but even finding their tracks in the snow is exciting!

Bears begin to reemerge around April, searching for food after their long winter nap.

Yellowstone Remains Under the Cover of Whiteness